In today‘s world we see more and more vehicles with electric propulsion pop up every day. The pure Electric Vehicles, also known as EV are easy to understad. No internal combustion engine just electric motors and a lot of batteries. But what about the Hybrids and the EV with Range Extender. Both have electict motors, both have internal combustion engine that relies on fossil fuel, so what is the difference?

The term Hybrid can be a bit vague as at least in the car industry it applies to vehicles that have two different propulsion systems, in other words you have petorl or diesel engine that propels the wheels and electric motor that agan can propel the wheels. There are two types of Hybrids – Plug in Hybrids and Mild Hybrids. We will start with the Mild Hybrids, as they are cheaper to make and offer much more limited efficiency compared to the other vehicles with some form of electrict propulsion. Simply said, with the Mild Hybrid the electric motors are there just to help a bit the internal combustion engine. The electric motor provides greater efficiency by replacing the starter and alternator with a single device which assists the powertrain. With that system you can‘t drive only on electricity, in fact there is no charger to plug in the car at home and charge it. All battery charging is done on the go by the fossil fuel engine. Back in the day these systems had their advantage, they helped with hill climbs or helped with acceleration in city environment, as you know constant accelerating and stopping uses a lot of fuel. Good example for such car is Honda CR-Z which tried to be the spritual successor of the CR-X but was not very successful. The mild hybrid technology of Hona is called Integrated Motor Assist. Still at the moment CR-Z examples can be good purchase for those who want cheap and stylish hybrid, you won‘t save a lot of money from fuel tiself, but you can save from parking and green zones taxes if your city have such. In many cities hybrids can park and drive for free in certain areas where for regular cars the it is paid. If there are a lot of these in home town, and you have to hang out around these zones a lot, you may safe a lot of money. 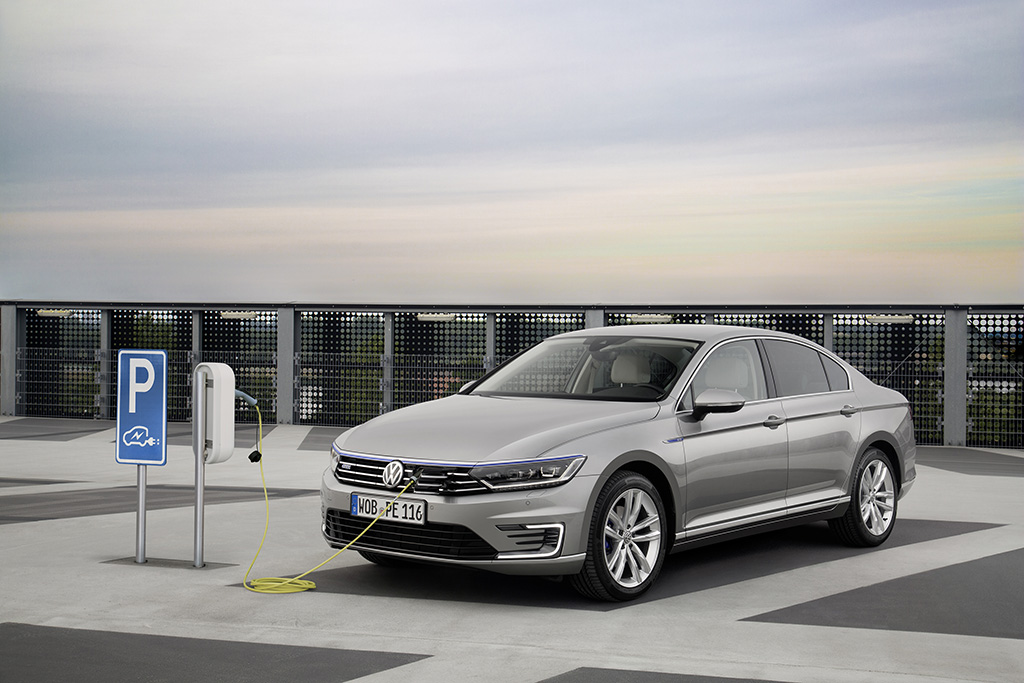 Plug in Hybrids are more complicated but can be much more efficient, in them you still get full size engine that spin the wheels but also electric motor powerful enough to propel the car on its own. Another major diference is that these cars can be charged from your garage just like regular EV and don‘t relyon the engine to charge the batteries. While Plug in Hybrids can go all electric, they can‘t go very far. For exmample the current Passat GTE plug in hybrid can go only 50 km all electric. These Hybrids are more expensive, but are much more efficient as well.

Now about the EV with rane extender, the big idea here is that you still have gasoline and electric motors, but only the electric motor spin the wheels. The gasoline engine is used only to generate electricity and nothing else. That means you don’t have to rev the engine, and as we know the more you rev it, the more fuel it burns. Not in here though, the engine is set to spin only at specific rpm where it is most efficient and can generate most amount of electricity, working only as generator. Examples of such cars are Chevrolet Volt and his EU cousin – Opel Ampera, BMW I3 Rex and others. These are the most practical EV vehicles. Yes you can charge it in the garage and drive around the city with electric power only, but what do you do if you need to go further? Catch the bus? How about no, how about going to the gas station for a quick refill, you may have to drop again there in 4 months. Doesn’t that sound like wonderful compromise? You have all the benefits of EV and the practicality and availability of gasoline. While it is true that such vehicles are still very expensive, more and more manufacturers are starting to release such models. If Mercedes can make S class for the people in the form of the new A class, then I am sure that somebody else will be able to offer affordable EV with range extender as well.